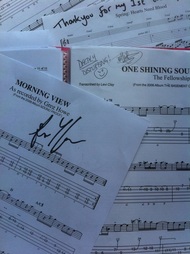 This is (or at least will be) your one stop shop for all of your transcription needs. Join me on facebook to keep up to date with all things transcription! Here you will also hear of any special offers and upcoming packages, so what are you waiting for?

Remember, if you like what you see and want more, you can contact me for a custom transcription at

Some of these are done in Powertab, but now I'm part of the Arobas team, I'm doing more and more in Guitar Pro 6. If you want another format, shoot me an email as I can do a .gp5 or a .pdf for you.

And lastly, PLEASE keep these to yourself, if friends want them, send them here. I DO NOT want these to end up on Ultimate Guitar, if they find there way there I wont be able to give away freebies anymore and that ruins it for everybody.

Download File
So for the 200 mark you're getting the full transcription of the Guthrie Govan Fellowship tune "Seventh Heaven". I put guitar, sax and keyboards in there so you can adapt it for band situations.

For the 300 mark i'm giving you Brett Garsed's PHENOMENAL solo on "Hey T Bone", a real great fusion solo demonstrating just how inventive you can be over a single chord (an Fm7 for 3 mins) so take a look at his chromatic phrasing (Very Michael Brecker!) and how he creative his ideas are. Included in the rar are the original guitar pro file (That I did in 2009 - this is exactly as the solo is heard on the record) and an updated version in powertab with a pdf that's been adapted to make it a little more readable and so you can isolate licks and loop them to a metronome. 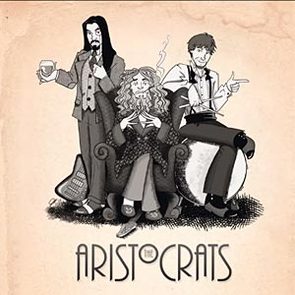 So I've just got home from Ronnie Scott's and it's happened; we've broken 400! To thank you for your continued support I've done something REALLY special for you.

Many of you may be aware that Guthrie has a new power trio called the Aristocrats, and if this is news to you then head on over to the band's website to grab a copy of the album. A few months ago I was on holiday enjoying the Italian sun and I got an email - the first single from the album was available for free on their website - that single was Sweaty Knockers. It contained a mix of real hard blues rock, some jazz moments and an overwhelming Andy Timmons vibe - I knew I had to do it.

This transcription also marks a change for the way I'll be presenting transcriptions on my website. As I now officially work for Arobas Music/Guitar Pro, I've made the switch to working in Guitar Pro exclusively (more or less). This has it's drawbacks - you'll no longer be able to play the file without having guitar pro, but you can email me for an earlier version or a MIDI file if you need it, and a PDF will be provided. the great benefit is that the file will include a much more accurate representation of the recording, with effects, dynamic controls etc. You'll be able to use the software to loop features of guitar pro and speed trainer feature to really help you nail the tune.

Pat Metheny - Have You Heard 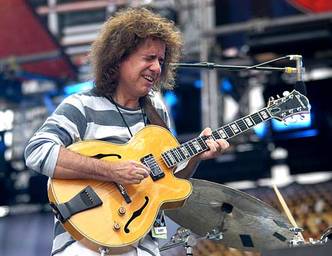 I've always been more than aware of Pat and his playing, his smooth styling and rapid bop lines were always on the radar and a part of my ever growing CD collection. I didn't find myself listening to him too much though as there's just so many other things I'm studying at the moment, then my good friend Martin Miller came for a visit and we did some playing.

While we were jamming he said to me "Hey have you heard THIS?" and that was it. My whole perspective of how important Pat should be  to me was made clear. Just listen to that solo, its raw, clean and tears your head clean from your shoulders.

I had to transcribe this one to steal some of his lines, this is the album version of Have You Heard, which can be found on the "Letter From Home" album.

Notice how the first 12 bar repeat is over a minor blues ala Coltrane's "Mr P.C." - So why not try and use these licks there? 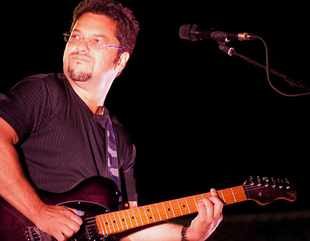 I forget exactly how I discovered Brent Mason - I believe it may have been from his Hot Lick's video "Nashville Chops & Western Swing" where he demonstrates some of the most mind meltingly good playing in a country and jazz context.

Brent is one of the go to guys in Nashville for sessions as he always displays impeccable taste, flawless timing, and tone to die for. On top of that he can burn like an absolute mofo when he wants to.

I remember the day I got his album "Hot Wired", It genuinely changed my perception of what the guitar is capable of, it wasn't an album of licks, its was an album of beautiful melodies and soul touching chord progressions. I still hold it in top regard and It will always be in my top 5 albums of all time. 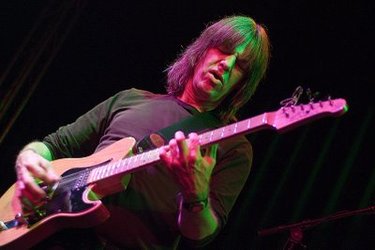 Mike Stern needs absolutely no introduction - his pedigree as a bop, funk and blues rock player is second to none.

From jazz fusion records like "Time in Place" and "Play" to all out bop records like "Standards". This is before you remember that he served in bands like Blood Sweat & Tears, The Billy Cobham band and legendary jazz funk band, The Brecker Brothers.

Mike has been a huge influence on me in recent years, and his approach to chromaticism is something most could benefit from.

This solo is taken from Mike's 2008 record "Who Let the Cats Out?" - I fell in love with this track when seeing Mike play it live a couple of years back with the incredible Tom Kennedy on bass. This is effectively a Cm blues, so try stealing some of these lines to spice up your own playing/

Now for something a little different. A year ago to the day I received the fabulous "Maps of Non Existent Places" by the incredible Thank You Scientist and a year later I still listen to this CD most days.

Being a relatively small New Jersey based band I assumed it would be one of those albums that I'd keep listening to but never move past that, but the stars aligned and at the 2013 NAMM show I actually got the chance to see the guys play live and get to know evil mastermind Tom Monda a little better when I interviewed him for Guitar Interactive Magazine.

To make it even better, I just took delivery of Tom's fretless (pictured) so to celebrate such a magic day I want to share with you a transcription of Tom's solo on the first TYS song I ever heard.