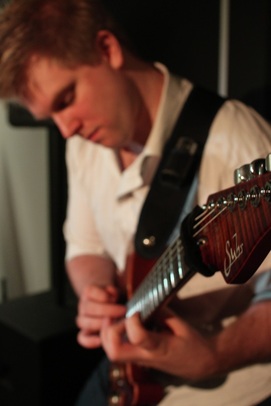 Levi was born in 1988 in Ipswich, UK. Although his father was the original bass player for Extreme Noise Terror by the time Levi came along that time had passed and the only thing that remained from the days of music and touring was an old broken acoustic guitar.

Music wasn't a big part of Levi's growing up, instead time was spent reading and watching a lot of films, so it was very surprising when at the age of 14 Levi asked for a guitar. At this point it was nothing more than to play a few songs for friends and have fun.

By the age of 15 Levi had been introduced to influences like Joe Satriani, Paul Gilbert and Yngwie Malmsteen and then things got serious, Levi was listening to Surfing With The Alien every day and working really hard on technique.

It was around this time that Levi decided to take music really serious in an academic way, wanting to study and understand, read and write and, of course, compose. Over the next 5 years Levi would teach himself to read music and learn all of his theory from various books and magazines such as Guitar Techniques.

Around this time Levi got really interested in written music and would often buy sheet music just to read it while listening to the album, following the notes and getting an good idea of how something should look when it's written down. With this came an interest in various styles of music, from the complex shifting time signatures of progressive metal to the harmonic complexities of Jazz. 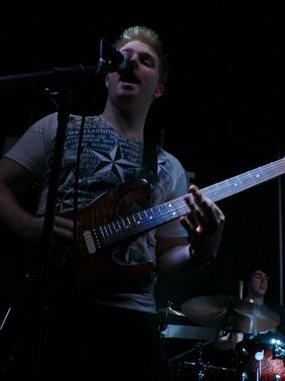 When Levi moved to London in 2008 to do a degree in popular music performance things got really serious. Although a lot of time was spent on study both at university and with mentor Martin Goulding, more time went into getting out and playing live with his band, Hellcat Molly.

Within a year, Levi was working for various high profile outlets, as a teacher for The Guitar Institute and the International Guitar Foundation, a journalist for Guitar International and Shred Knowledge and a transcriber for JamTrackCentral and Guitar Techniques magazine.

Word spread and soon Levi was making a living from a busy teaching schedule and as one of the worlds most in demand transcribers. To date he has produced a series of products for top names like John Petrucci, Andy James, Tom Quayle, Daniele Gottardo, Guthrie Govan, Rick Graham, Jeff Loomis and many more.

Currently Levi has settled down at LickLibrary where he does a host of things, transcribing, writing for Guitar Interactive and shooting videos for Lick of The Week. He now finds himself travelling around the world for shows, both as a player and a journalist. This, combined with his teaching and transcribing, makes Levi is one of the busiest working guitarists in London.